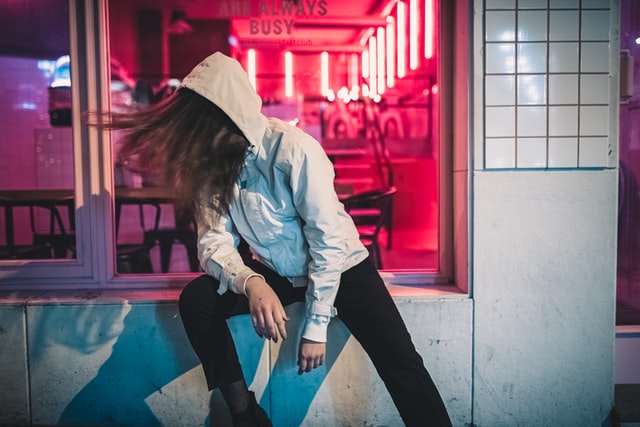 You don’t have to be a teen life coach to know that the majority of teens are not geeks, driven to learn for learning’s sake; that they go to school for their own reasons. What the average parent might not know is that teens are developmentally driven to prioritize peer friendships …so the need met by school is strictly social.

Enter COVID, virtual school, quarantining, and what do you get? A whole lot of kids deep in the hole of academic fail: refusing to get on Zoom, stacking up missed assignments, watching their grades plummet.

Every day, parents seeking the support of a teen life coach send me emails with their greatest concerns. Increasingly over the past year, academics have topped these parents’ list. They’re desperate, and with good reason. The mental health of students doing distance learning is declining; suicide rates are increasing. Meanwhile, as the Biden administration looks toward reopening schools, the focus is on grades kindergarten through eight. Who’s looking out for the teens?

In typical Gen Z style, they’re looking out for themselves. This generation doesn’t truck with the slacker vibe of their Gen X parents. Instead they see an issue, get anxiety about it, and band together to find a solution.

Case in point: the email that just hit my inbox. It was from a high schooler who writes for her school paper—still! During the pandemic! In other words, a geek. But she’s in the minority. Research says — yes, there’s research on this stuff — that only 17% of Americans self-identify as a geek. Translated, some 83% of high schoolers fall into the I-only-do-school-to-be-social category. That’s a lot of kids with COVID virtual schooling mental health issues.

Luckily they have this school reporter on their side, seeking solutions. Here’s what her email said.

“I was interested in writing a story on how kids mental health has been during online learning, but I also wanted a professionals perspective. If you dont mind answering, I have a few questions.”

Okay, she forgot a few apostrophes. Tier Two Geek Status, but still. What an intrepid kid, googling “teen life coach,” finding my website, and reaching out. The questions she asks are good ones; the answers might help you help the struggling teen in your life. Read on for our exchange.

Kid Question: How have you noticed students mental health and lifestyle choices change over the past year?

Coachy Answer: I work with teens from all over the world, and pretty much everybody is feeling overwhelmed and unmotivated due to the transition to virtual school. They miss socializing at school, and find that teachers are giving way more work in virtual school than they did in person. At the same time, kids are reaching the point where they don’t want to leave their bed, and the idea of doing more schoolwork is like…ugh, why?

When the learning itself is not fun, and kids don’t see a connection between doing the work and reaching some college or career goal they’re amped about, and there’s no non-school motivation driving them to get it done (like getting to stay on the basketball team or meet up with friends over the weekend — fun stuff that’s been Covid cancelled), it’s a recipe for I-give-up.

As a result, kids are falling behind in their classes, getting bad grades, and feeling crazy anxiety about their GPA, the piled up work, and how their parents will react when they see their report card.

Some kids are turning to use of drugs, vaping, or alcohol to deal with the stress. Other kids are disappearing into TikTok (which creates a whole new type of anxiety when kids compare themselves to others’ “perfect” looks and lives) and video games. It’s a whole thing.

Kid Question: When students feel overwhelmed and unmotivated, what are some techniques and lifestyle changes they should try?

Coachy Answer: The good news is that this stuff can be turned around pretty quickly when kids get a shot of hope, followed by the creation of a doable plan.

1. The first step is for the kid to have a brain dump conversation. Caveat: it’s gotta be with someone who’s totally non-judgmental. Someone outside of the family who cares about the kid but doesn’t feel emotionally attached to their performance (this is where a teen life coach comes in handy!). Parents tend to freak out about grades and the future and video games and sleeping late and and and…and the parent freakout shuts the kid down.

When a kid can talk it all out honestly — what they’re doing, what they’re not doing, how they feel about it — and have someone just listen, without trying to jump in with suggestions or guilt, the kid feels like they shrugged off a 300-pound backpack.

2. Next step is for the kid to think about what they want to happen with school. The teens I coach feel like they slipped and fell into this deep well of academic failure. They don’t want to stay down there, but all they can see are the dark, slippery walls around them. When they look up and find metaphorical sunlight, imagining how they would like their school-life to be, they sprout hope-wings where that heavy backpack used to be.

The key word, though, is they. Not how their parents want their grades to be, not what competitive colleges say their GPA should be. Others’ expectations are a vice-grip, a pressure cooker — super demotivating, especially when a kid is already feeling like a fail. It’s gotta be what the kid themself would like their school situation to look like. Envisioning that can work like a turboboost, because holy moly, would life feel good if they reached that goal!

3. This next step has helped a ton of my teen life coach kids, and it’s really simple: they make a list of all the school stuff they need to do. Missing assignments? Upcoming projects? Tests to study for? Barf ’em out on paper. One hundred percent of my kids who have done that have said, “Wait, is that it? That’s not as bad as I thought.” Instant calmdown.

4. Now for the fun part. With three colors of highlighter pen — one which signifies a task is “hard,” one “medium” and one “easy” — they evaluate each task. Suddenly it’s clear that the block between where they are and where they want to be is not insurmountable. It might be boring, it might take sacrificing a few TikTok hours, but it’s deeply not impossible.

5. Finally, the plan. Now that kids feel calm and in control, they can evaluate what needs to be done to reach that ideal school-life vision.

Not all teens are geek-level thrilled about learning. During the pandemic, with so many of the things they are thrilled by out of reach, the downturn in academic performance makes perfect, logical sense. The depression and anxiety are here, they’re real, but they don’t have to be permanent.

When approached with questions about what they think and want, teens will tap into their own intrinsic motivation, figure out how to achieve what they envision, and do the whole thing. My little friend the high school reporter — who found me online, reached out with her questions, and got the goods to write her piece — is living proof. Once she gets her punctuation game tight and levels up to Tier One Geek, she’ll be unstoppable.